The Life of Thomas Thistlewood, Uncle of Conspirator Arthur Thistlewood 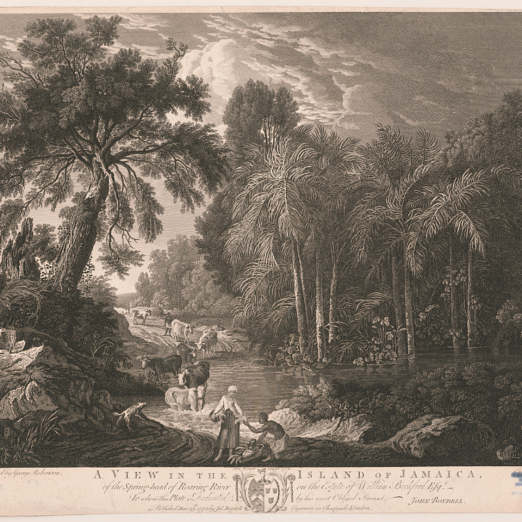 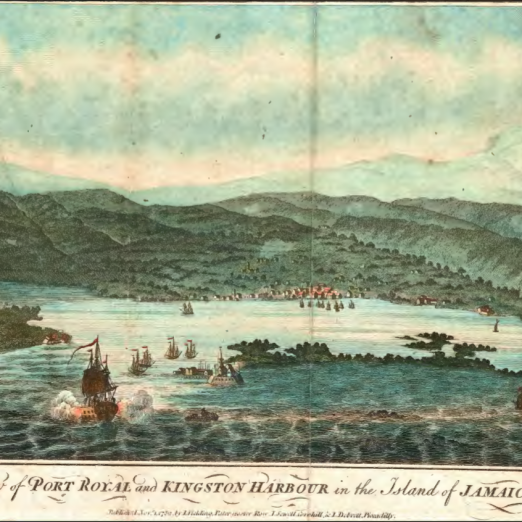 View of Port Royal and Kingston Harbour in the Island of Jamaica
F. Cary, published Nov. 1, 1782 Library of Congress 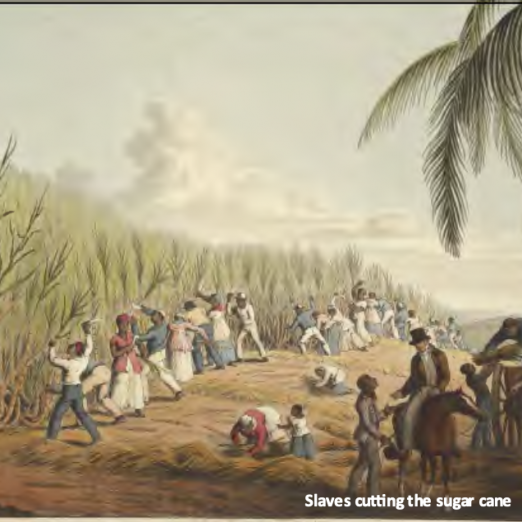 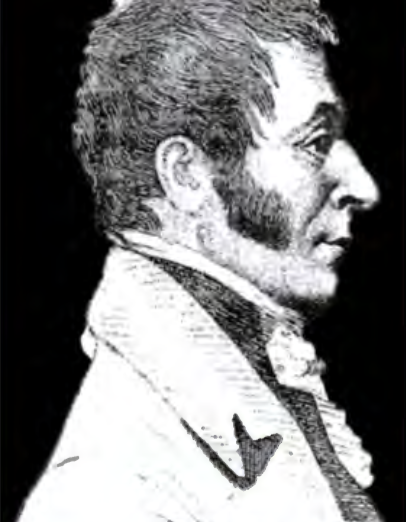 Arthur Thistlewood: An Abolitionist with a Family Conflict

In 1774, Arthur Thistlewood was born in Tupholme, Lincolinshire.  His father, William Thistlewood was a yeoman farmer and it is believed that Arthur was the result of an extramarital affair William had with his  housekeeper, Ann Brunet. Arthur would grow up to be a passionate believer in equality in keeping with his ‘political guru,’  Thomas Spence. Consequently, Arthur strongly supported the abolition of the slave trade.  His beliefs put him in direct conflict with a close member of his own family, his uncle, Thomas Thistlewood who took an active part in the Jamaican slave trade. Arthur’s father, William Thistlewood, was Thomas’s older brother who had inherited everything from their father Robert Thistlewood.

Thomas Thistlewood was forced by these circumstances to emigrate to Jamaica. His diary, now in the possession of Yale University is one of the key primary sources for academics in the study of the tarns-Atlantic slave trade. Although we know that  Arthur Thistlewood never met his uncle, it is interesting to look at the life of  Thomas Thistlewood to see if slave owner and Cato Street Conspirator shared any common traits.  The two men were diametrically opposed on the question of slavery but did they share any common traits?

The Life of Thomas Thistlewood

Thomas Thistlewood was born on March 16, 1721, in Tupholme in Lincolnshire, England. Thistlewood was born the second son of a tenant farmer, Robert Thistlewood. Thistlewood’s father died on December 18th, 1727 leaving only 200 euros for Thomas when he reached the age of twenty-one. Thomas’s brother inherited everything else from his father due to being the eldest son. Thomas’s place in the world wasn’t an easy one, he was fatherless, the second son and he had little to no prospects of inheriting any land or anything of worth. After his mother remarried, he relocated to Ackworth, West Yorkshire, England to educate himself in mathematics as well as the practical sciences. While in Ackworth he lived with his step-uncle Robert Calverly. He received a good education and eventually was apprenticed to a man named William Robson. Unfortunately, though he knew that he had no prospects of gaining anything from this apprenticeship and through his education, so he left in hopes of making his way. His mother died on October 7th, 1738 leaving him as an orphan at the age of seventeen. While he had no prospects in the way of inheriting land, he did have the desire to travel and gain as much knowledge as possible. He pursued quite a few different avenues, he traveled across England, returned for a short while to the Robson’s farm, partnered with his brother for almost a year, tried and failed to court a woman by the name of Bett Mitchell because her parents didn’t approve his lifestyle choices and lack of money. After this, Thistlewood realized he had little left in England and decided to set sail for Jamaica in hopes to earn a living.

Thomas Thistlewood set sail for Jamaica on the 1st of February in 1750. For all that Thomas was unsettled with his life, he finally created a stable life in Jamaica. In the 37 years that he lived on the island, he never ventured much past Savanna-la-Mar, a southern Westmoreland town. Thomas started as an overseer in his first few years in Jamaica. Although he recounted that he moved a couple of times to work for different plantations, he remained an overseer until 1766. Being an overseer was a violent and ruthless job. Overseers had to be willing to constantly reprimand, strike and cause harm to the slaves that they were overseeing. The overseers were not known for being nice, they were the punishers. Within his first few weeks on the island, he had already experienced a slave being given:

300 lashes for his many crimes and negligences.

He was eventually able to purchase a piece of property for himself on July 3rd, 1766, and moved onto the property, which he named Breadnut Island, on September 3rd, 1767. Unlike life in England, life in Jamaica was more rugged and wild. There were a lot of issues that plantation owners faced whether it be from tropical storms to having to deal with runaway slaves. While Thomas was already known for being brutal with his treatment towards slaves in his position as an overseer, he also had the job to make sure that the slaves did what they were supposed to do and if they didn’t or attempted to run away, they were punished. During Thomas’s time as an overseer at Vineyard Thistlewood responded by whipping delinquents. In his year at Vineyard,

He whipped nearly two-thirds of the men and half of the women.

White Jamaicans didn’t fear much, but there were two things that they feared the most hurricanes and slave rebellions. Yearly there would be hurricanes and tropical storms that ravished the island. For the years that there were intense storms, plantation owners could lose a great deal of profit and possibly go bankrupt. The biggest storm that occurred according to Thomas’s journals was the hurricane of October 1780. In his journals, he ranked several hurricanes that he experienced on a 1—10 scale. He stated,

The hurricane of 1780 is the most violent hurricane to have struck the Caribbean (in recorded history) even compared to current-day hurricanes.

supremacy was held precariously in a country where over 95 percent of the population was on the rural western frontier was black.

There were times in which even Thomas recorded that he would go months without seeing another white person,

Today first saw a white person since December 19th that I was at Black River.

He entered this recording in his journal on 8, January 1751.  It shows how isolated and vulnerable the overseers often were.  Their downfall could arrive at any moment from the hands of those they ruled in fear.

There were many instances in which slaves rebelled against their owners in an attempt to free themselves from servitude. The biggest slave rebellion that occurred, according to Thomas’s journal, was in 1760 and is known as Tackey’s Revolt. It was the largest slave rebellion in the British Empire in the 18th century. During the revolt, there were fifty whites, and approximately 500 slaves were killed. The slaves attempted to rid the whites of the land and establish Jamaica as their land. The white Jamaicans were constantly in fear of what black Jamaicans would do if they were not kept in check. The white Jamaicans

acted brutally toward blacks because they knew only fierce, arbitrary, and instantaneous violence would keep blacks in check.

The white Jamaicans only response to the fear of revenge from those they ruled was to step up the level of violence so that they ruled by fear.

One in the Same

While Arthur Thistlewood never met his uncle Thomas, they were rather similar in many aspects. Both men were rather known for being very restless and unable to settle into life and both had a tendency to resort to violence to get their way. Thomas was unable to settle into life as a farmer and Arthur was unable to settle into his life as a soldier, family man, or in his work. Both men were quite adventurous and travelled in an attempt to find meaning in their lives. While both had many difficulties with finding their place in life, Thomas was eventually able to settle down and make a stable living for himself as a plantation owner in Jamaica. While Thomas never had a family or married, he was still in a long-term relationship with one of his slaves and had a solid income from his plantation. Thomas was happy to remain in the slavery business as long as he was able to make a good income. On the other hand, Arthur was never able to settle down. He continually had run-ins with the law over politics and his continual acts of treason. Arthur never settled into  a career. He trained to be a land-surveyor, attempted to be a soldier, got married twice, and had children, but ultimately, he was never happy with his life choices. He continually tried to challenge the law and had many run-ins with the authority prior to the Cato Street Conspiracy, including being imprisoned and tried for treason for his part in the Spa Fields riots of 1816.

Where Arthur was the polar opposite of his uncle was in his attitude to slavery.  Whereas his uncle was happy to live off of the profits of exploitation, Arthur risked his life for the Spencean cause in an attempt to create a society where equality applied to people of all races.