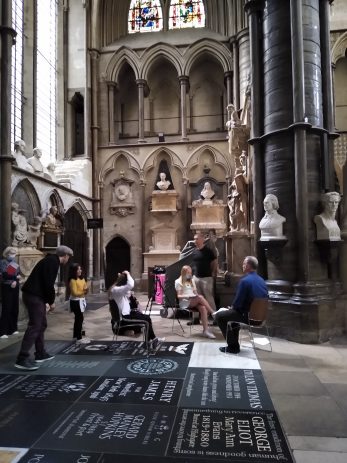 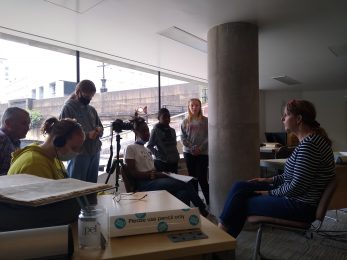 zoom
WCRAG went to the People's History Museum Manchester to learn about the Peterloo Massacre of 1819.
Peter Daniel 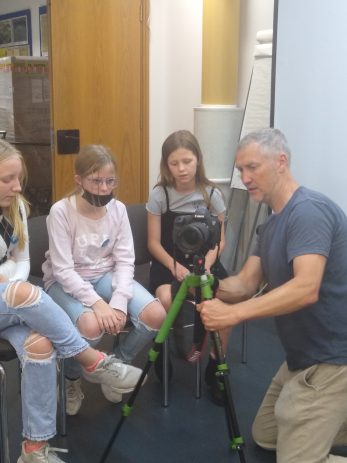 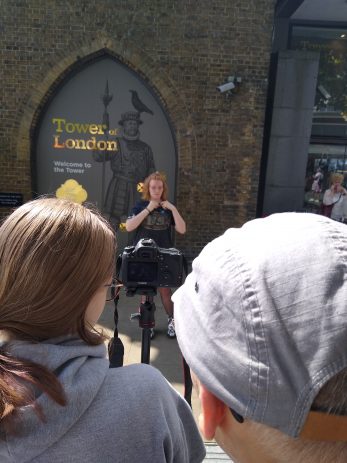 zoom
Filming at the Tower of London, where the conspirators were first imprisoned before trial.
Peter Daniel 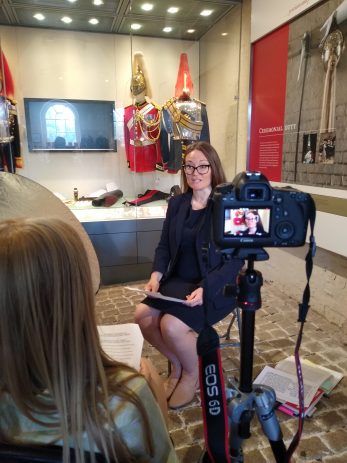 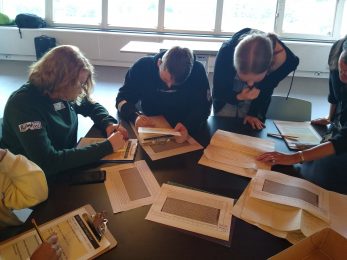 zoom
Learning about the Conspiracy at National Archives
Peter Daniel 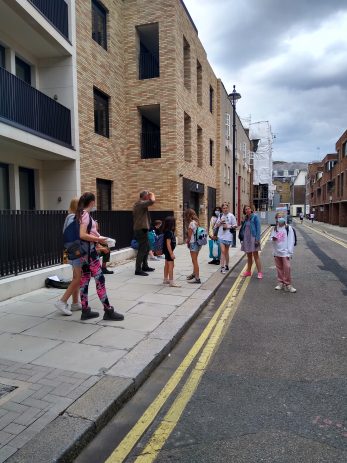 In the summer of 2021, WCRAG worked with film makers Digital: works to create a documentary film about the Cato Street Conspiracy. WCRAG visited The British Library, The National Archives in Kew, Westminster Abbey, the Tower of London, the Museum of London, the Household Cavalry Museum and we even popped up to The Peoples Museum in Manchester.

Another much postponed part of our project finally got under way in the summer of 2021. The Covid lockdown meant that our summer 2020 film school had to be cancelled.  This was a shame as it meant that we missed completing the film in the Cato Street Conspiracy bicentenary year.  However, by having a further year to prepare we were able to contact more interviewees and book venues that would make this a fun and educational part of the project for all those involved. Westminster Community Reminiscence and Archive Group (WCRAG) commissioned Matt Rosenberg and Sav Kyriacou of Digital:works to run this project. Digital:works are an arts and educational charity that provided the training to allow our twelve young volunteers to have the skills to make and produce their own film on the Cato Street Conspiracy.  You can see the wide range of topics they have filmed on their website:

Making a film about the ‘West End Job’ Digital was a fun and effective way of engaging our young volunteers in the subject matter. Having learnt the background history to the story from Peter Daniel of Westminster Archives on the first morning of training, the group then got down to the process of learning how to make a documentary film. This involved two days training in teams to learn a range of skills.  this included how to use the camera equipment, developing questions for interviewees, and learning how to use lighting, tripods and sound equipment to ensure the quality of each interview.

We had a lot of fun making this film.  We hope you enjoy it!