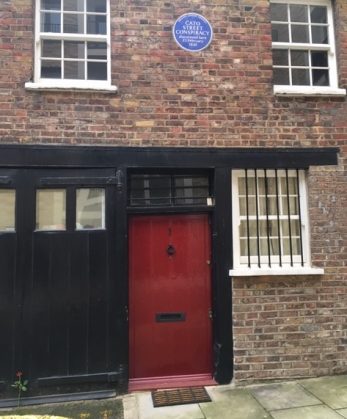 Despite clouds and London rain, year five students visited the cowshed where the Cato Street conspirators put their daring scheme into action. 1 Cato Street is tucked away from major traffic, situated in a quiet street in Marylebone. Remarkably similar in appearance to that of its 1800s image, the building is currently under private ownership and sports a blue plaque acknowledging its role in the conspiracy.

Students arrived at the entrance to Cato Street in mid-morning and met conspirator John Harrison portrayed by actor Gary Johnson. A former soldier in the 2nd Life Guards during the Napoleonic Wars, Harrison is seen wearing the corresponding scarlet uniform. 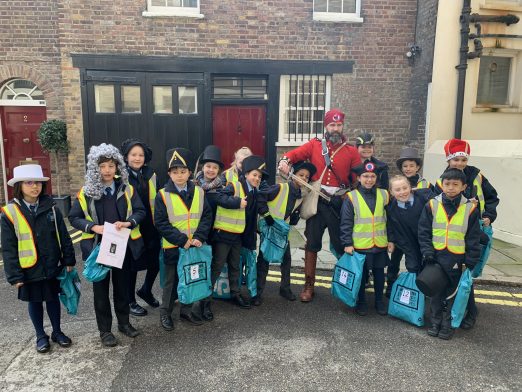 Each student received a question and a prop based on a character involved in the conspiracy which they had been assigned in class. Black and white top hats, a red and gold crown, a black bonnet and a curly grey wig allowed students to inhabit characters such as Foreign Secretary Castlereagh and Home Secretary Sidmouth, Caroline Harrison, the wife of conspirator John Harrison, and politician and radical Henry Hunt. The questions were designed to engage students in finding out more about the conspiracy from Harrison’s perspective and to give the events a sense of place.