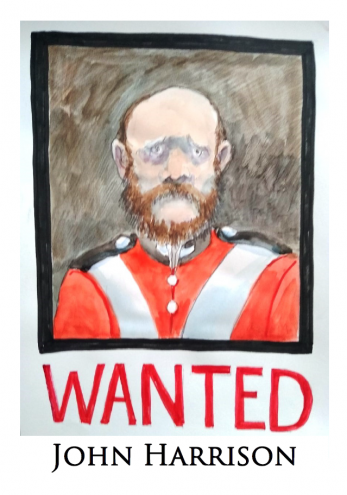 Though he was known for his involvement in the Cato Street Conspiracy, John Harrison had also served in the 2nd Life Guards. Harrison fought under Wellington in the Peninsular Campaign that ended shortly after the Battle of Toulouse in 1814. With the war over the life Guards were not allowed to return home by boat as the Prince Regent, George IV, wanted the victorious members of the Household Cavalry to instead parade through France. While the ruler may have wanted this spectacle to intimidate the French, it likely also alienated the battle-weary soldiers like Harrison.

In fact, many of the Life Guards were none too impressed by the antics of the future King George IV. Members of Harrison’s regiment were present at the infamous Prince Regent’s Carlton House Fête in June 1811 when the royal spent roughly £120,000 to celebrate his appointment as acting monarch. Harrison would have been appalled to see such extravagance when so many were starving.

Harrison left military service once he returned to London in 1814. However, there was little work to be found for soldiers returning from war as unemployment and hunger ravaged the country. The disillusioned Harrison sought comradery and found it at Marylebone Union Reading Society. The society’s members paid a subscription of two pence a week and collectively purchased radical pamphlets and newspapers to read aloud and debate. The members of the society helped Harrison, and one even found him employment.

Harrison worked as a baker to support his wife and three children until the time of the conspiracy. Working in London, Harrison would have witnessed the disastrous effects that legislation like the Corn Laws wreaked on the working poor. The Corn Laws—a tax on imported grains imposed by Parliament in 1815 to inflate prices and keep tax revenues stable after the war—put staple foods like bread out of the reach of many, something that a baker would have understood keenly.

Among the company of the Reading Society, Harrison soon fell in with a group of radical London conspirators that called themselves the Spencean Philanthropists. They despised the landed classes and sought a revolution that would abolish private property and divide land equally amongst the people. Having witnessed the excess enjoyed by the upper class while the poor starved may have been enough to provoke Harrison to join a plot to overthrow the government.

John Harrison became an essential element to the Cato Street Conspiracy. While he leveraged his connections at the nearby Life Guard barracks, where he had once been stationed, to gain intelligence for the conspiracy, Harrison’s training as a soldier would also be vital for the plot. Among civilian men who may have never fired a gun, Harrison’s knowledge of weapons and their manufacture would be vital for the success of their revolution. Harrison even used his connections at the reading society to secure the stable on Cato Street where the conspiracy was soon quashed.

Though Harrison escaped over the rooftops during the ambush of Bow Street Runners, he was quickly captured and tried for High Treason. Fearing the penalty for traitors if found guilty—he would be hanged, drawn, and quartered—Harrison turned King’s evidence, pled guilty for the crime, and was spared execution.

John Harrison, along with four other men—Richard Bradburn, Charles Cooper, John Shaw Strange, and James Wilson—were sentenced to transportation for life. The convicts departed for the Australian penal colonies on 1 May 1820, the same day their fellow conspirators were executed.

After serving time in the secondary penal colony at Newcastle, where the most dangerous criminals were sent, the transported conspirators gained the trust and respect of the authorities. Harrison even worked for a time as a police constable. In 1829, Harrison received his ticket of leave from prison and soon opened a bakery in Bathurst where he had settled. Though he had received permission to send for his family, they did not make the journey. John Harrison was pardoned for his crime in 1836 and died on 19 April 1839 in Bathurst, New South Wales.