You are here: HomenextResearching the ConspiracynextFrom Seventh Son to Prime Minister: A Short Overview of Spencer Perceval's Political Career 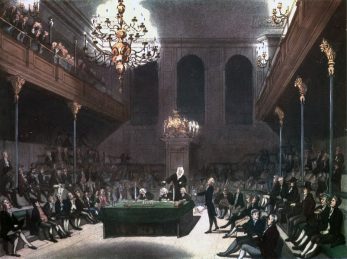 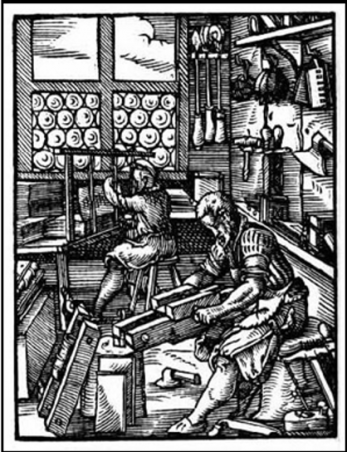 Even though Spencer Perceval had been dead for almost eight years by the time the West End Job was enacted, the policies and laws he put in place fueled the Cato Street Conspiracy fire. By upholding the 1807 Orders in Council and removing protections for the apprenticeship system, Perceval set into motion the rising unrest that lead to Cato Street, even if he was not around to see it.

Born as the seventh son to the 2nd Earl of Egmont, Spencer Perceval was not predisposed for access to power or wealth. Perceval’s yearly allowance was £200 (or around £27,000 today) and he knew that sum of money was not enough to live on once he left home. After graduating from Trinity College in 1782, Perceval went on to study law at Lincoln’s Inn and was called to the bar in 1786. Perceval was serving as a barrister in the Midland Circuit when he fell in love with Jane, the younger daughter of Sir Thomas Spencer Wilson, British Army officer and member of the House of Commons. Sir Thomas opposed the union due to Perceval’s floundering career, but the two eloped and were wedded under a special licence in East Grinstead. They had thirteen children together.

The Journey from Midland Circuit Barrister to Prime Minister: 1786 – 1809

After ten years working as a barrister, Perceval was elected to the House of Commons as MP for Northampton. During the 1798 Parliamentary session, Perceval distinguished himself as a debater and future Prime Minister. He vehemently argued support for the Assessed Taxes Bill (taxes on houses, windows, etc. to finance the Napoleonic Wars). In 1801, Perceval was appointed to solicitor general and then attorney general the following year. As attorney general, Perceval oversaw the prosecution of radicals and revolutionaries while simultaneously being responsible for liberal decisions on trade unions and improving convict conditions in overseas transport.

In 1807, Perceval became Chancellor of the Exchequer and Leader of the House of Commons under the Duke of Portland’s new ministry. As a Cabinet member, one of Perceval’s duties was to expand the Orders in Council that restricted trade between neutral countries and France as retaliation for Napoleon’s embargo on British trade. These policies placed tension on relations between Britain and the United States, and eventually led to war. Perceval was also responsible for preventing the Abolition of the Slave Trade Act, proposed in the previous administration, from being rejected and ensured its passing. In April 1807, Perceval became one of the founding members of the African Institute, an organization set up to safeguard the Abolition of the Slave Trade Act. As Chancellor of the Exchequer, Perceval needed to accumulate funds for the Napoleonic Wars. Rather than raise taxes, he chose to increase loan rates. After Portland’s resignation from Parliament following a stroke, Perceval was elected to take his place. On 4 October 1809, Spencer Perceval became Prime Minister.

Perceval’s ministry began with the return of King George III’s mental illness and debates over establishing a regent raged for three years. In February 1811, King George signed the regency bill, naming his son George IV Prince Regent. Even though the Regent and Perceval disagreed on the restrictions placed on his powers, George IV chose to keep Perceval, citing not wishing to disturb his father’s illness. Perceval’s government was troubled by flagging moral about the war effort, shrinking trade networks due to the Order in Council, and rising dissatisfaction with the industrial revolution taking place in the textile industries.

Spencer Perceval’s policies were a conundrum. On one hand, his earlier support for ending the slave trade and better conditions for convicts display a liberal social policy, and yet his 1812 decisions on artisans and Luddites uncover an authoritarian core. The abolition of the Statute of Artificers in 1812 added heat to the building rage of out of work artisans. His decision to make machine-breaking, a popular Luddite form of protest, a capital offence garnered him much disdain from his peers in Parliament. He angered people at home and abroad in the United States, but by May 1812, Perceval’s use of patronage rendered his political position untouchable.  However, he listened to the cries for repeal of the 1807 Orders in Council and hearings were set to begin on 11 May 1812.

Entering the lobby of the House of Commons, Spencer Perceval was greeted by a man holding a pistol before he was shot in the chest. John Bellingham, an English merchant, pulled the trigger. What drove Bellingham to assassinate the Prime Minister, then sit calmly while waiting to be arrested for the crime? Did he act alone as he stated in his trial, or was the gun placed in his hand by powerful men angered by the Orders in Council?