You are here: HomenextAboutnextThe West End Job: A brief outline of the Cato Street Conspiracy 1820

The West End Job: A brief outline of the Cato Street Conspiracy 1820 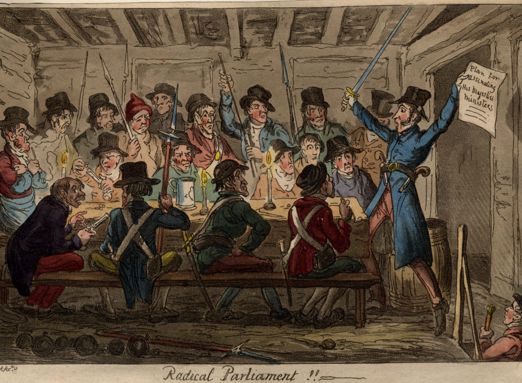 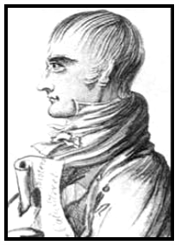 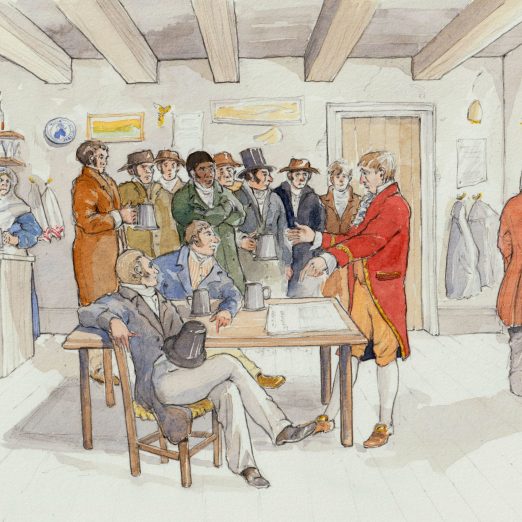 The Spencean Philanthropists, the group that devised the Cato Street Conspiracy, involved men of all walks of life. Many were struggling tradesmen while others like John Harrison and Robert Adams were just two of many disillusioned soldiers that had been dragged into the Revolutionary and Napoleonic Wars only to return home to be faced by hunger and unemployment. While they found work as a baker and cordwainer, respectively, many others were not as lucky.

The conspirators who gathered in a stable on Cato Street did so for many reasons. These men followed the radical writings of Thomas Spence, who advocated for universal suffrage an end to private property and the division of the nation’s lands amongst its people. Instead, all around them the working poor suffered under Corn Laws that drove up food prices and those that dared discuss reform were brutalized at places like St. Peter’s Field in Manchester. Parliament passed the hated Six Acts following this civilian massacre quickly dubbed “Peterloo,” in which eleven died and hundreds more were injured. This legislation attempted to curb violent civilian response, stifled reactionary gatherings, and expanded and increased newspaper taxes to thwart the spread of radical ideas.

The Cato Street conspirators believed the Lords of Parliament were the architects of all the suffering in the country. When conspirator George Edward’s showed them a copy of the New Times announcing that the Cabinet ministers were to dine together at Lord Harrowby’s Home in Grosvenor Square, the conspirators knew their moment to act had arrived and began plotting to assassinate the members of the Prime Minister’s Cabinet.

Betrayed by an Agent Provocateur: Edwards the Spy

On 23 February 1820, the conspirators under the instruction of well-known radical Arthur Thistlewood gathered men and weapons and settled into a cowshed on Cato Street to wait for the cover of darkness and the Cabinet dinner to commence. Despite their confidence in their revolutionary plans, all along there had been a traitor among them. The spy George Edwards relayed information to the spy master, Home Secretary Lord Sidmouth, whose character the poet Percy Bysshe Shelley famously compared to a crocodile. In exchange for his service, Sidmouth gave Edwards the resources to provoke the radical Londoners into action.

By the time the conspirators descended on Cato Street for their final preparations, Bow Street Runners had already received a warrant for their arrest and were lying in wait with a detachment of Coldstream Guards on their way to assist in the arrest. Bow Street magistrate Richard Birnie, together with a small band of men led by George Ruthven ambushed the conspirators who were cornered in the upper floor of the building. The conspirators snuffed out their candles and threw the room into a cacophony of shouting, smoke, and gunfire. In the ensuing chaos, Arthur Thistlewood fatally stabbed Bow Street Runner Richard Smithers before attempting to escape with John Harrison and Robert Adams from a second-floor window using a rope ladder. 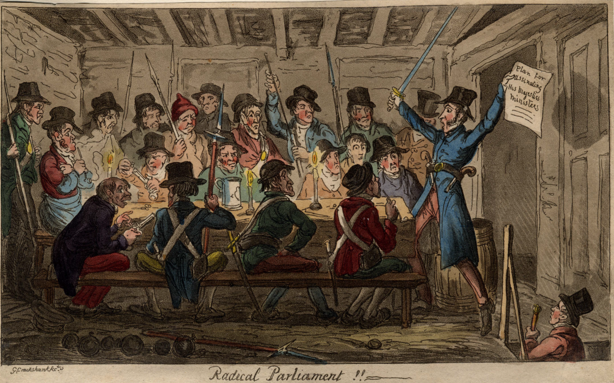 While an estimated 27 men gathered in a cowshed on Cato Street to stage a revolution, many evaded punishment or even recognition for their part in the plot. For instance, Conspirator John George had stopped at his local pub on the way to the rendezvous and so avoided capture. Others, like well-known orator Henry Hunt or the imprisoned Jamaican-born radical Robert Wedderburn likely waited to see whether Thistlewood’s plan would be a success. Of those involved in the conspiracy, only eleven men were ultimately accused and convicted. However, Home Secretary Lord Sidmouth only needed a few men to make an example of to tamp out any traces of revolution in the country.

Lord Sidmouth also did not allow the spy, George Edwards, to testify. Instead, two conspirators, including Robert Adams, gave the king’s evidence and became informants in exchange for elimination of their sentences. Five men, including John Harrison, pled guilty to their crimes, and were sentenced to transportation for life and were sent to penal colonies in Australia. Another man, James Gilchrist, earned only a few months sentence for being found among the conspirators at Cato Street. The man ended up in the wrong place at the worst time, lured to the meeting on the promise of food.

Five others refused to admit guilt for actions they did not see as criminal. During the trial, conspirator William Davidson used the rights inscribed in the Magna Carta, to justify their radical action:

“It is an ancient custom to resist tyranny… And our history goes on further to say, that when another of their Majesties the Kings of England tried to infringe upon those rights, the people armed, and told him that if he did not give them the privileges of Englishmen, they would compel him by the point of the sword… Would you not rather govern a country of spirited men, than cowards? I can die but once in this world, and the only regret left is, that I have a large family of small children, and when I think of that, it unmans me.”

Davidson as well as four other conspirators—Arthur Thistlewood, Richard Tidd, James Ings, and Robert Brunt, were convicted of High Treason and were sentenced to being hanged, drawn, and quartered. However, the authorities feared that carrying out the men’s gruesome sentence might provoke a riot amongst the thousands gathered outside of Newgate Prison to witness the execution. Worse, they also worried that the sentence would earn the condemned men the same level of notoriety on the level of Guy Fawkes, who had also been sentenced to be hanged, drawn, and quartered for the 1605 Gunpowder Plot.

In the end, the hurdles and the quartering were omitted from the Cato Street Conspirators’ executions. Instead, the five were publicly hanged and decapitated outside Newgate Prison on 1 May 1820. Despite a rousing final speech by Thistlewood and a cajoling performance of the popular song “Death or Liberty” by Ings on the scaffold, the crowd kept an uneasy silence and the event quickly faded from public memory.