You are here: HomenextAboutnextAbout this project 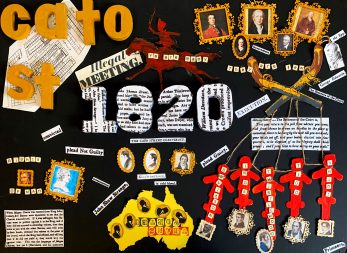 The West End Job website has been created by the Westminster Community Reminiscence and Archive Group (WCRAG) following a £72,400 grant from the Heritage Fund.

Our aim as a group is to engage people of all ages in Westminster’s history.  The Cato Street Conspiracy bicentenary is an ideal opportunity to fulfil this remit.

The Cato Street Conspirators were arrested on February 23rd and were executed at Newgate on 1May 1820. This was for their part in the ‘West End Job,’ an attempt to assassinate the British Prime Minister, Lord Liverpool, and his cabinet. Using the unequalled archives of our partners Westminster Archives, The British Library and both National and Parliamentary Archives, we aim to mark this significant bicentenary that highlights the battle for democracy in the early 19th century.

We have already completed a number of activities that we had planned before lockdown.  We were very fortunate that we were able to work with the Harrowby and District Local Residents Association to mark the bicentenary of the discovery of the plot with a street festival in Cato Street on Sunday 23rd February.  This involved working with the Westminster Guides organisation to organise Cato Street themed walks on the day. On the following week we were able to follow this up by taking schools to the site.  In the last week before lockdown pupils visited the Household Cavalry Museum to hear the story of Household Cavalry conspirators, John Harrison and Robert Adams. Involvement in this work allowed young people create an exhibition on the Household Cavalry conspirators for this site and for later public display at the Household Cavalry Museum.

For Black History Month in 2020 we worked with Y6 pupils at Oratory Primary School, Chelsea, to create an exhibition on Jamaican conspirator William Davidson.  Artist Kate Morton created a series of pictures, which allowed Y6 pupils to contribute content.  As part of the link to our education programme we were able to create a story book written by Westminster Archives Education Officer Peter Daniel supported by WCRAG volunteers Amber Hederer and Becca Simons. This story book is featured on the home page of this website. The story formed the script for actor Michael Lyall to be filmed performing as William Davidson.  This film in six parts can be found on our resources section.

The William Davidson and the West End Job exhibition will be on display at Westminster Archives from February to September 2021. Thanks to Loy Phillips, Secretary of Westminster BAME group, it will be central to a major celebration of the projects achievements at Kensington Central Library for Black history Month in October 2021.

One of the most exciting things we have achieved over the lockdown has been a collaboration with RH Viz, who use 3D VR technology to recreate lost building and landscapes. They were able to work with volunteers to use Westminster Archive’s collection  to recreate the Cato Street hideout, Lord Harrowby’s home at 39, Grosvenor Square, and the Household Cavalry barracks at Horse Guards as they would have looked in 1820.  Our ultimate aim is to allow the public to engage with the work undertaken by RH Viz using Occulus VR headsets.  However, you can have a preview of the work on the resources section of this website.

Future plans for the project

As 2021 progresses, we plan to create a ‘West End Job’ documentary film and work with local teachers and The National Archives to create a KS2 education pack. A new group of pupils from our four schools will be working with Beautness animation to animate the story for this website.

From June to October we will be working with the MOD Theatre company and local schools to dramatise the story through a musical show and class assemblies. All things being well, this will complete our schools project after Black History Month in October, 2021.

If you would like to become a WCRAG virtual volunteer and help to create further content for this site please contact Peter Daniel on 07890380496 or email: pdaniel@westminster.gov.uk

Let’s put the West End job on the historical map of Westminster!