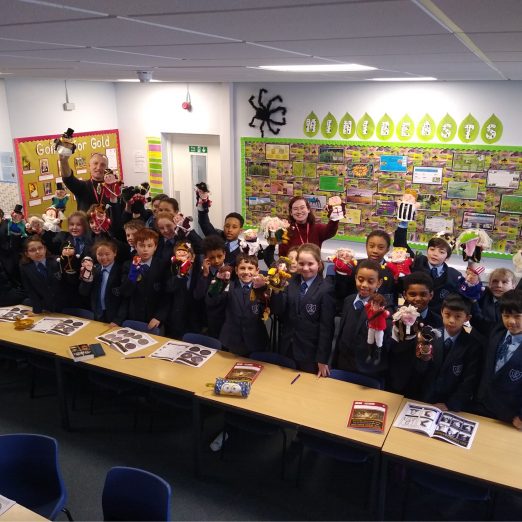 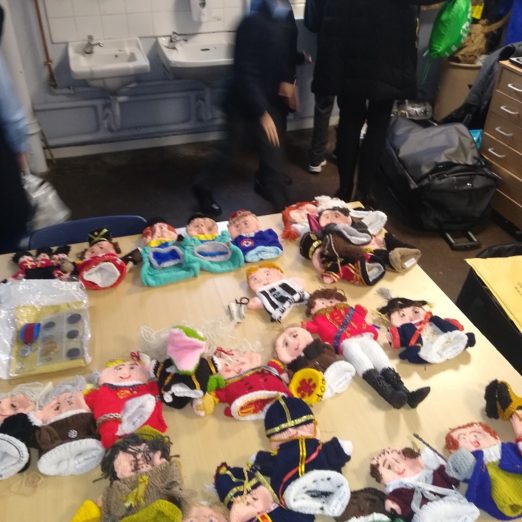 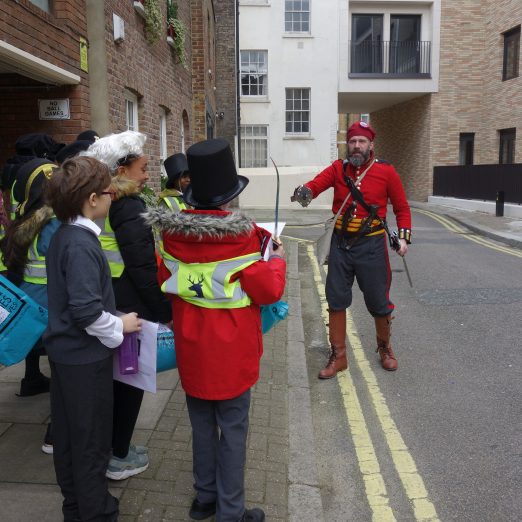 All of our schools were taken by minibus to Cato Street. They were given the task of arresting conspirator John Harrison and questioning him about the West End Job
Peter Daniel 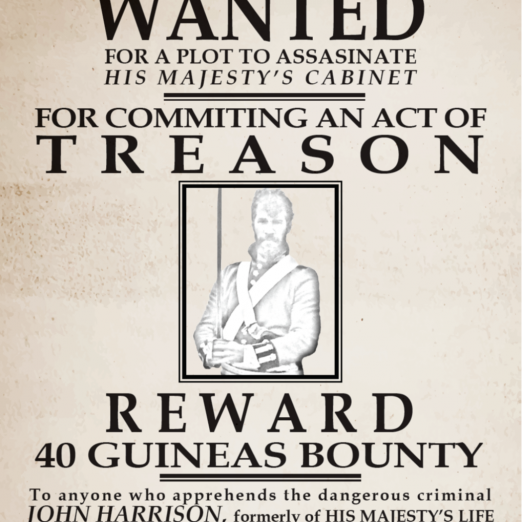 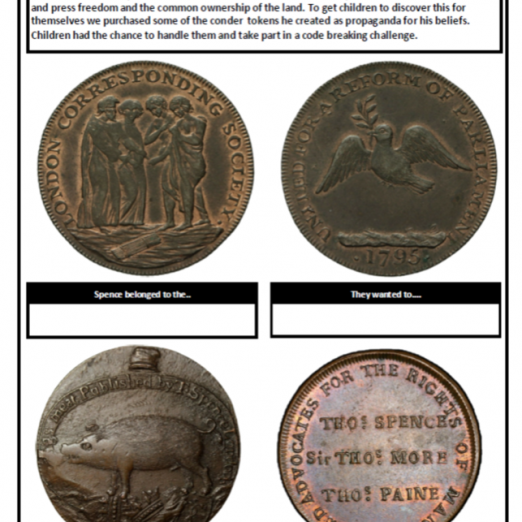 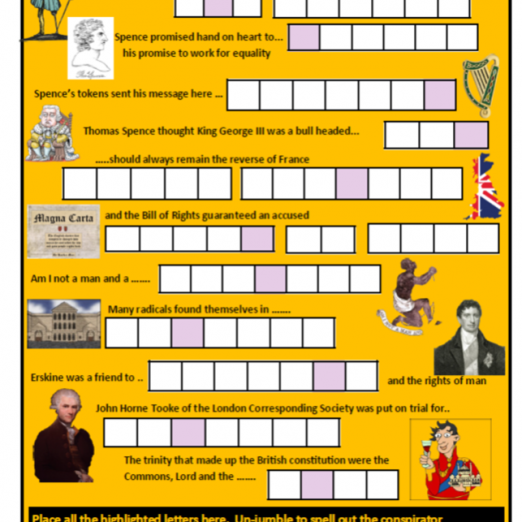 Peter Daniel at Westminster Archives worked with student interns Amber Hederer and Becca Simons to create a trial education pack that was used to introduce the subject to the Y5 pupils at these schools.  We were able to combine material in the pack with hands on activities to help children to understand a complicated story.

We were delighted to make use of glove puppets created by Anne Miek of Hand Dolls to engage the class in the story.  After beginning our research on the project we began to realise how important the radical campaigner Tomas Spence was to explaining the story of the Cato Street Conspiracy.

The conspirators called themselves the Spencean Philanthropists as he was the man who inspired them with his belief in universal suffrage and sharing the land. Spence spread these ideas using conder token coins to take his theories out to as many Londoners as possible.  As our drama sessions were difficult to run as the Covid epidemic began we purchased some Thomas Spence conder tokens in place of some of the costumes we had planned to buy. Using them we created a treasure hunt game which worked extremely well in the classroom.  All of our drama sessions were cancelled in April/May as was the show we had planned to commemorate the bicentenary of the conspirators execution on May 1st 2020.  We are hoping to try again later in  2021, but will have to wait to see how the Covid epidemic pans out.

Our William Davidson activities for schools ie a visit from an actor for a class assembly and taking British Museum illustrator Kate Morton into class to help the children create a Black History Month exhibition in June were casualties of the total lockdown.  We have had to adapt our plan to try and find a virtual solution to completing this part of the project.  You will find elsewhere on the site that we filmed actor Michael Lyall as William Davidson at the Household Cavalry Museum stables so that we could take William Davidson’s story virtually into schools.  One benefit of the delay has been the opportunity of working with Westminster BAME group and the Westminster Youth Parliament.  Loy Phillips, Secretary of the Westminster BAME group will be helping us plan a public launch of the William Davidson exhibition, with the help of a local school for Black History Month in 2021.