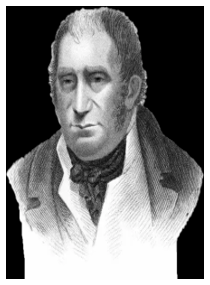 Richard Tidd was born in Lincolnshire in 1775. He moved to London in his youth and became a shoemaker at 5 Hole-in-the-Wall Passage, a slum alley near Gray’s Inn Lane. At first he did well as a shoemaker but the outbreak of war with France created a slump in his business. The father of eight children, and now desperately poor, Tidd joined the British army. Using a false name, he deserted as soon as he received his bounty payment. Tidd claimed that he did this several times during the next few years.

In 1806 Tidd helped the Radical candidate, Sir Francis Burdett, in his bid to be elected to the House of Commons for Middlesex. In order to vote for Burdett he falsely claimed he was a Middlesex freeholder. Tidd was charged with perjury but before he could be arrested he fled to Scotland where he stayed for the next five years. In 1814 Tidd was back in London. Over the years his political ideas had become more revolutionary and he was now a follower of Thomas Spence.

After the death of Spence in 1814, James Watson and Arthur Thistlewood helped form the Society of Spencean Philanthropists. Other members of the group included John Brunt, James Ings, William Davidson, Thomas Preston and John Hopper. The government became very concerned about this group and employed a spy, John Castle, to join the Spenceans and report on their activities. In October 1816 Castle reported to John Stafford, supervisor of Home Office spies, that a small group of Spenceans were planning to overthrow the British government.

On 2nd December 1816, the Spencean group organised a mass meeting at Spa Fields, Islington. The speakers at the meeting included Henry ‘Orator’ Hunt and James Watson. The magistrates decided to disperse the meeting and while Stafford and eighty police officers were doing this, one of the men, Joseph Rhodes was stabbed. Four leaders of the group, James Watson, Arthur Thistlewood, Thomas Preston and John Hopper were arrested and charged with high treason.

Richard Tidd continued to attend Spencean meetings in London. Tidd was particularly incensed by the Peterloo Massacre and afterwards talked about the possibility of killing Lord Castlereagh and Lord Sidmouth for their role in this event.

On 22nd February 1820, George Edwards pointed out to Arthur Thistlewood an item in the New Times that several members of the British government were going to have dinner at Lord Harrowby’s house at 39 Grosvenor Square. Richard Tidd agreed to join Thistlewood and and twenty-seven other Spenceans in the plot to kill the government ministers dining at Lord Harrowby’s house on 23rd February.

On the 23rd February Thistlewood’s gang assembled in a hayloft in Cato Street, a short distance away from Grosvenor Square. However, government ministers were not meeting at the home of Earl of Harrowby. The Spenceans had been set up by George Edwards, a government spy who had infiltrated the Spencean Society. Thirteen police officers led by George Ruthven stormed the hayloft. Several members of the gang refused to surrender their weapons and one police officer, Richard Smithers, was killed by Arthur Thistlewood. Four of the conspirators, Thistlewood, John Brunt, Robert Adams and John Harrison escaped out of a window, but the police spies knew who they were and all four were arrested during the next couple of days.

Eleven men were eventually charged with being involved in the Cato Street Conspiracy. Charges against Robert Adams were dropped when he agreed to give evidence against the other men in court. On 28th April 1820, Richard Tidd, Arthur Thistlewood, James Ings, John Brunt, and William Davidson were found guilty of high treason and sentenced to death. John Harrison, James Wilson, Richard Bradburn, John Strange and Charles Copper were also found guilty but their original sentence of execution was subsequently commuted to transportation for life. Richard Tidd was executed at Newgate Prison on the 1st May, 1820.