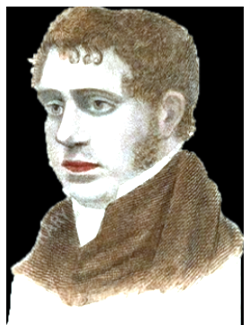 James Ings was born in Porsea, Hampshire in about 1785. He was initially a fairly successful butcher but in 1819 his butcher shop failed and he moved with his wife and four children to London. He opened a coffee shop in Old Montague Street, Whitechapel where he also sold radical pamphlets.

Soon after arriving in London James Ings joined the Society of Spencean Philanthropists where he met Arthur Thistlewood. The coffee shop was not a success and Ings was forced to close it down. Unable to find regular work, Ings sent his wife and children to stay with friends in Portsmouth and he found lodgings in a poor area of Bishopsgate.

James Ings, like most reformers, was horrified by the Peterloo Massacre. When Arthur Thistlewood started talking about the need for revenge, Ings agreed. One government spy reported Ings as saying he wanted to use his butchering skills to cut off the heads of Lord Castlereagh and Lord Sidmouth. Thistlewood suggested that Castlereagh’s severed head should be carried through Irish areas of London on a pole. Thistlewood believed that the sight of Castlereagh’s head would set off an Irish insurrection against the British government.

On 22nd February 1820, George Edwards pointed out to Arthur Thistlewood an item in the New Times that several members of the British government were going to have dinner at Lord Harrowby’s house at 39 Grosvenor Square. James Ings agreed to join Thistlewood and and twenty-seven other Spenceans in the plot to kill the government ministers dining at Lord Harrowby’s house on 23rd February.

According to Robert Adams, Ings volunteered to be the first one to enter the house as he wanted to say: “My Lords, I have as good men here as the Manchester yeomanry. Enter citizens and do your duty.” Ings would be armed with a butcher’s knife which was to be used to cut off the heads of Sidmouth and Castlereagh. Adams later claimed that Ings was put in charge of writing the proclamations that were to be distributed all over London after the successful overthrow of the government. The planned message was: “Your tyrants are destroyed, the Friends of Liberty are called upon to come forward, as the Provisional Government is now sitting.”

On the 23rd February Thistlewood’s gang assembled in a hayloft in Cato Street, a short distance away from Grosvenor Square. However, government ministers were not meeting at the home of Earl of Harrowby. The Spenceans had been set up by George Edwards, a government spy who had infiltrated the Spencean Society.

Thirteen police officers led by George Ruthven stormed the hay loft. Several members of the gang refused to surrender their weapons and one police officer, Richard Smithers, was killed by Arthur Thistlewood. Four of the conspirators, Thistlewood,John Brunt, Robert Adams and John Harrison escaped out of a window.

Eleven men were eventually charged with being involved in the Cato Street Conspiracy. Charges against Robert Adams were dropped when he agreed to give evidence against the other men in court. On 28th April 1820, James Ings, Richard Tidd, Arthur Thistlewood, John Brunt and William Davidson were found guilty of high treason and sentenced to death. John Harrison, James Wilson, Richard Bradburn, John Strange and Charles Copper were also found guilty but their original sentence of execution was subsequently commuted to transportation for life.